Home | Blog | Saving Lives With a Trailer or Truck-Mounted Attenuator

Protecting your crews from distracted drivers when they’re working alongside busy traffic is a priority. Trailer or truck-mounted attenuators are built specifically for that reason.

What is a Trailer Attenuator?

A Trailer Attenuator consists of multiple aluminum cushions and steel support frames. A defining characteristic of the trailer is that it can be easily connected and disconnected from any host vehicle with a curb weight of 12,000 lbs or more. The trailer has a simple three-inch pintle hitch with power supplied via a seven-pin round or flat power supply.

What is an Attenuator Truck?

Truck-mounted attenuators (TMA) are mounted on trucks that are built specifically to be struck from behind and absorb vehicle impact. The types of attenuators are chosen for their ease of use. If your company has a truck ready to be a dedicated TMA truck, the tail portion that absorbs the force of impacting vehicles is available to be purchased. The attenuator tail can be purchased with a fast-track option which allows the attenuator to be quickly connected and disconnected within minutes. Connecting or disconnecting the TMA with the fast-track option consists of 4 bolts, dropping the jacks, and simply sliding the TMA away. 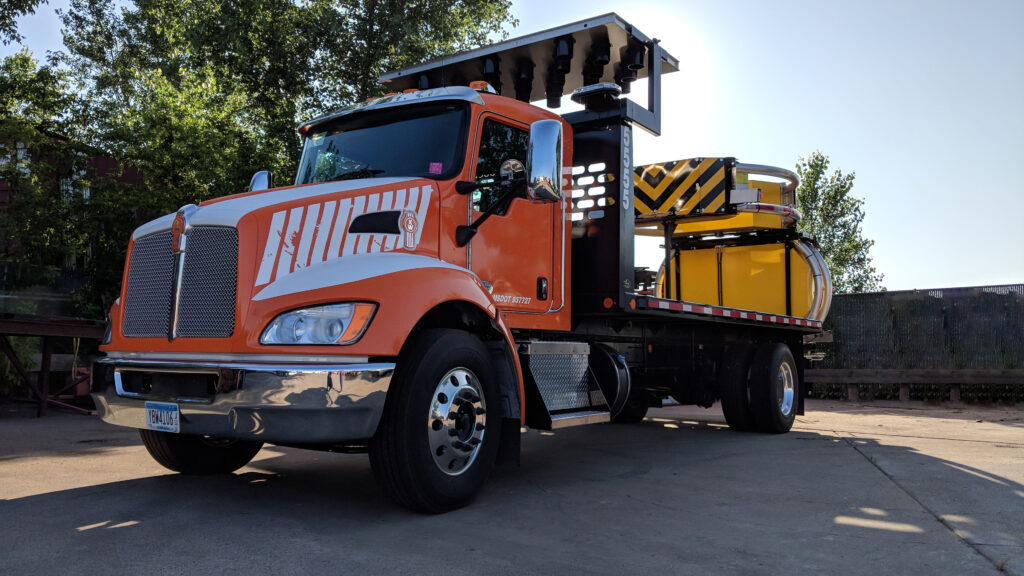 If your business does not have or want a dedicated TMA truck, Street Smart offers rentals of fully equipped TMA trucks.

When not in use or while traveling to the job site, the line of Scorpion truck-mounted attenuators fold into the flatbed of or flush against the rear of the TMA truck. If using the flatbed option, the attenuator folds out in sixteen seconds and back up and onto the back of the truck in under 30 seconds. This folding action resembles the movements of a scorpion tail.

If a more compact attenuator is what you need, the Scorpion II METRO  attenuator folds straight up and preserves bed space for storage. is designed for vehicles with curb weights of only 7,500 lbs, such as a Ford F-550. It’s the ideal TMA for cities, counties, and urban districts with posted speeds of 50 mph or less.

What is the Difference Between Trailer Attenuators and Truck-Mounted Attenuators?

The main difference between the two types of attenuators is maneuverability. Trailer-mounted attenuators can be detached when arriving at the job site, freeing up the host vehicle for other tasks. While there is a fast track option for truck-mounted attenuators, they still require a dedicated TMA truck for transport.

Whether you decide on a trailer-mounted or truck-mounted attenuator, the main purpose of having them is to save lives. Working alongside live traffic is one of the most dangerous jobs in the world and anything can happen in the blink of an eye. Having an attenuator on your job site will aid in protecting your number one asset, your employees.

As the industry’s largest RENTAL provider of specialized traffic safety equipment and Smart Work Zone integrations, Street Smart allows its customers to have the safety equipment they need without the costs and headaches associated with owning and maintaining the equipment. We service the United States and Canada and our team of experts is ready to get you the equipment you need, whenever, wherever.